The Couch Where it Happened 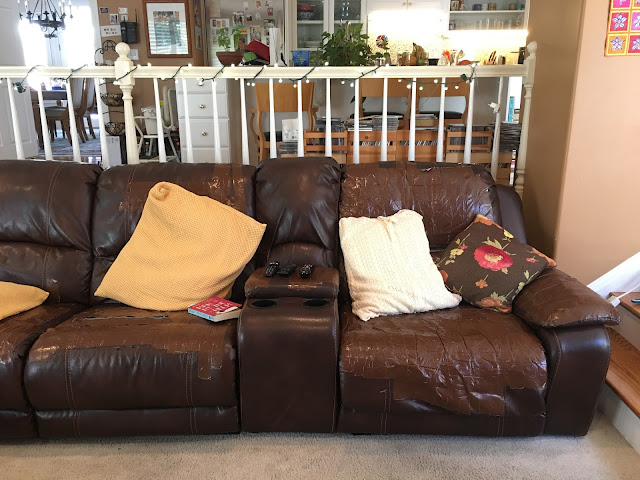 As in every other affluent Democratic household, what July 3rd meant to us was – Hamilton on Disney+. Of course, we subscribed.  Of course, we watched.  And it did not disappoint.  That was an excellent TV time.

I’m sure I watched TV before the virus times, but I’m also sure that I did not watch it with the religiosity with which I watch it now.  I look forward to TV time all day.  During the day, I do all the daytime things – read the newspaper, complete the puzzles, do some laundry, sew some masks, go grocery shopping, unload and load the dishwasher, take a seven-mile walk, make the dinner, eat the dinner, polish off a bottle of wine.  And then it’s TV time!

One of my favorite sources for finding something fun to watch is Entertainment Weekly magazine, which is now, sadly, a monthly print publication.  However, after they made the switch to monthly, I began receiving a weekly email entitled “Your Editor’s Letter: A Weekly Dispatch Just For Subscribers”, which I love.  The editor is smart and snarky and has a similar sense of humor to me, so I just pretend we’re friends and that he’s writing me gossipy personal emails.

Last week his letter recommended a documentary called “Burden of Dreams” from 1982.  This is a making-of documentary, filmed on the set of “Fitzcarraldo”, a Werner Herzog film shot in the jungles of Peru in 1982.  I had never heard of either, but Larry had watched them both back in the 1980s.  They are EXCELLENT films.  Do yourself a favor and watch them. 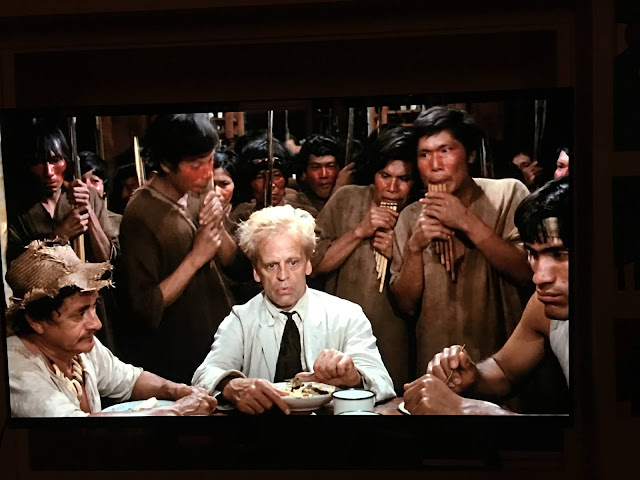 It is impossible to do either film justice with a description, but here’s a short attempt.  In order to build an opera house in the jungle, Fitzcarraldo (an Irishman) decides to become a rubber baron.  To do that, he must drag a three-story, 320-ton steamship over a mountain using only the manual labor of a tribe of headhunting indigenous Peruvians.  Werner Herzog felt he must shoot the steamship dragging without the use of special effects.  Because Herzog was afraid that the film would never be finished (it took four years), he brought documentarian Les Blank to the jungle to record his attempts.

Both films are hugely enjoyable, and then you can do what I did – go down the internet and YouTube rabbit hole of finding out everything you can about both.

Another of my sources for movie recommendations is the San Jose Mercury News “what to watch with your family”, by which they mean movies that are okay for little children to watch, but we big children enjoyed A Secret Garden, A Little Princess, The Seventh Voyage of Sinbad (1958), and The Court Jester (1955).  The Merc also suggested the documentary Mucho Mucho Amor: The Legend of Walter Mercado, an excellently weird look back at the life of a celebrated Puerto Rican astrologer.

Andrew Lloyd Weber made some of his musicals available for streaming, and we had a great time analyzing why we still watch Cats, and why no one still watches Love Never Dies.

Usually the female voting bloc in our home calls the TV shots, but we graciously allowed Larry to watch the Grant documentary.  He also loves opera, so we watched San Francisco Opera’s Cinderella, featuring a zaftig 40-something soprano pretending to be a half-starved teenager.

After watching them all again, we can definitively say that High School Musical 2 is the best one.

Jesus Christ Superstar featuring John Legend was so good we watched it twice in a row.

I subscribed to the AcornTV and BritBox stations on Amazon Prime to satisfy my predilection for British mysteries, and we all like the many Agatha Christie adaptations (natch) but have also discovered Agatha Raisin and Phryne Fisher (she’s Australian, but it was a former colony).

Susan introduced us to the kind, responsible, and extremely Canadian police officers of Rookie Blue.

And, to close, a few more of our favorites from virus TV time.

Legally Blonde, both the movie and the musical

The Darjeeling Limited – A Wes Anderson movie.  Either you like them or you don’t.  We do.

In & Out – Kevin Kline and Joan Cusack and Tom Selleck (who is supposedly 75 years old, I think he might have a portrait in his attic).  “My husband has three testicles, and it’s disgusting.”  I have probably watched this movie 20 times.

This last week I have ceded control of TV time so that Larry can watch Major League Baseball.  I do have some email to catch up on, so it’s fine – for now!

Posted by Katherine Lang at 6:33 PM No comments: