We Left Los Altos and It Felt So Good

I have been a member of Filoli Historic House and Garden in Woodside for years, so I was very excited to learn that the gardens, and in fact the house, have reopened.  You need to make a reservation, wear a mask, keep six feet apart, but even so it was THRILLING to leave Los Altos for a few hours.

After checking in, Larry and Susan and I had a ladies-who-lunch meal at Filoli’s Quail’s Nest Café.  It was so pleasant to sit outside somewhere that wasn’t our back yard.  We fell to reminiscing about a visit to the Louisiana Museum of Modern Art north of Copenhagen and also about a trip to Croatia we took in the summer of 2018 (more on that later). 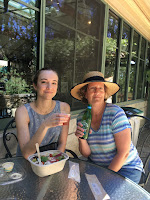 We finished our salads and rosé and set off to tour the estate.  The house tour is always interesting, and the new director has recently added “soundscapes”, so that, for instance, when you are in the family room you can hear ghosts playing bridge and drinking Jack Daniels.

After enjoying the house, we wandered out into the formal gardens where – AMAZING – there is a new beverage cart tucked under a grove of trees that sells cans of champagne, wine, and g&ts.  We were extremely excited about this.  We very much enjoyed wandering the gardens with our cans of alcohol.  The novelty of being somewhere else made us giddy with pleasure. 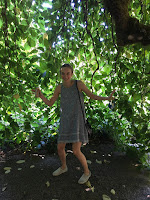 Susan pointed out that when her generation becomes parents, and their kids complain about missing a party, they can say “We didn’t get to go to parties for A YEAR, so I think you can miss one night.”

On our way home, Larry ordered take-out pizza, salad, and about a gallon of craft beer from State of Mind, our favorite Los Altos pizzeria.  Their online ordering system is my favorite video game (followed closely by the BevMo app).

State of Mind offers many California beers on tap, and when the pandemic forced them to take-out only, they began offering 32-ounce draft beers in those plastic pho/hot-and-sour soup containers.  You can also order a wide variety of canned beverages from micro-breweries and cideries.  It’s so much fun to roll up to the curb outside State of Mind and have a hipster bring out delicious pizza and amazing beer.  Thank God for State of Mind, they have vastly improved my state of mind during the pandemic.

Then it was time for Driveway Drinks.  We love Derek and Camay, the neighbors we share a driveway with, and we have instituted a weekly Saturday night pandemic drinks party.  We sit ten feet apart on the driveway and enjoy drinks and conversation.  Taggart the dog always joins us, and last night he tried to catch a rabbit, which was pretty funny.

While we were at Filoli, Larry noticed a posted list of movies that have been filmed on the estate.  The first was Heaven Can Wait, filmed in 1978, which we watched last night after Driveway Drinks.  It was filmed almost entirely at Filoli, both in the house and in the gardens, and it was pretty cool to see Filoli on film.  The movie itself was a confusing mishmash of sports machismo, sappy romanticism, and soul/body swapping.  It also featured the abundant late-70s hair of Warren Beatty, Dyan Cannon, and Julie Christie.  So much hair.  We enjoyed it, but I’m not sure I would recommend it, if you know what I mean. 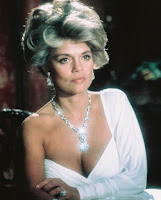 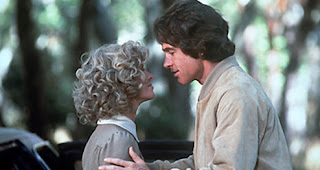 As an added point of interest, Larry once played the Warren Beatty character in a high school production of the play Heaven Can Wait.  He probably had great hair, too.

Today has been very quiet and boring, but it’s okay, because yesterday we did things!
Posted by Katherine Lang at 3:58 PM