An Incomprehensible Maze of Confusion 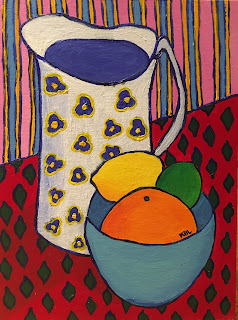 I didn't set out to develop empathy for our nation of online learners, but oh boy, I got it in spades.
I had some time on my hands, so I signed up for two fall semester online courses with my local community college.
Isn't there some bon mot about the third time being a charm?  I hope so, because i am enrolled in my third and final permissible attempt to pass Intermediate Spanish 2.  It is reasonable to ask why I keep trying, but if you know me, you will be unsurprised by me sheer stubbornness in the face of on obvious lack of linguistic ability.
I am also enrolled in a 100-level Art Appreciation course, which doesn't require any ability per se, but my grade is nonetheless fairly low, mostly due to the blot the universe which is Canvas.
What is Canvas?  It is "a web-based learning management system" which is being used at many grade schools, high schools an universities to deliver online courses.  And it SUCKS.  It has so many different tools and tabs and chat boards and calendars and course streams and announcements and collaborations and jam boards and modules and groups and external links and what-have-yours that is is impossible to find anything.
I was complaining bitterly about Canvas to our neighbors at our weekly Driveway Drinks, and after several rounds, we arrived at a theory of how Canvas arrived at its current state of suckage.  Canvas probably started out as a fairly simple tool, but then feature creep set in.  It's as if every time they sold into a school, Canvas incorporated the worst idea of some fossilized teacher who refused to let go of some dumb-ass classroom ritual they had employed since 1978.
The sheer quantity of methods with which one can post a worksheet in Canvas is staggering.  So even if you notice the announcement or chat of syllabus entry or email or whatever informing you that you should complete a worksheet, good f(*&ing luck FINDING the worksheet.
It has been kind of fun having something to kvetch about with young people.  I had a great complaint fest about Canvas with the high-school age cashier at DeMartini's Foods.  On Saturday afternoon I ended up at the kids' table at a harvest lunch at our friends' vineyard and I had a great time lambasting Canvas with the college students.  And when my own 19-year-old complains about her online classes, I am truly able to empathize.
When I sit down at the computer to check in on my online classes, I can actually feel my blood pressure rise.  I have to employ deep breathing techniques and the occasional glass of wine to avoid screaming in frustration.
Once I have found my assignments, though, I quite enjoy them.  I had to give a three minute oral presentation in Spanish about Beef Stew (Guisado de Res) over Zoom which was actually good fun.  It made a nice change from watching BritBox mystery shows.
This past week we had to do a timed written exam using the Canvas tool "Proctorio", which is just as creepy as it sounds.  It is described as an "automated remote proctoring service that uses computers to monitor student behavior".  What this means is that you allow Proctorio to see everything on your computer desktop and to use your computer camera to make sure that your eyes don't stray from the screen.  Very Big Brother.
I have no doubt that Proctorio will lead to all sorts of creative cheating methods that I can't wait to discuss with my fellow online learners.  Here's the one I used:  I made stacks of books in a ring behind my computer and taped notes taped to them.  During the test, I tried not to glance at any of them for too long.  We'll see if my exam is thrown out for nefarious eyeball movements.
It is very fun to take a class and not have to worry about the outcome.  I mean, there are a LOT of community colleges out there, and someday I WILL be promoted to Intermediate Spanish 3.  I have a good time crafting humorous (at least to me) responses to questions in class.  Here was my response to the question "can you think of any other classic Cuban songs besides Guantanamera?"
No conzoco ninguna otra cancion cubana clásica, pero llevé a cabo aprender todas las canciones de la banda sonora de la sumamente buena película "Dirty Dancing Havana Nights".  (I don't know of any other classic Cuban songs, but I did manage to learn all the songs of the soundtrack from the extremely good move "Dirty Dancing Havana Nights".
In a fun twist, the discussion prompt this week for my Art Appreciation class was "Either comment on a work of art, or submit a work of art, that relates to the seven elements of art that we've learned about this week."
"Cool!" I thought, and painted a still life and submitted it.  But as Shakespeare said, "sell when you can, you are not for all markets", and I am not sure what my professor or my classmates will think about about my painting.  However, it is liberating to be 56 years old and to just not care very much.
Anyhoo, enough of this, I have to check 25 places on Canvas to find my Spanish worksheet that's due tomorrow.  Hasta luego!

Posted by Katherine Lang at 1:32 AM